If you care about your health and well-being it is not only vital to know what is in the Covid-19 injection that could harm you, but what is really behind this urgent push to vaccinate the world’s population. In the video below, Dr. Jane Ruby exposes what these shots do to blood on the Stew Peters Show.

When lawyer Reiner Fuellmich, who has filed a class action law suit against those responsible for the “Covid-19 scandal,” interviewed Dr. David Martin earlier this month about patents involving the Corona virus, Martin said that Peter Daszak had provided him with what has become his “favorite pandemic quote.” Daszak made the following statement, reported in the National Academies of Press publication five years ago on February 12, 2016:

We need to increase public understanding of the need for medical countermeasures, such as a pan corona virus vaccine. A key driver is the media, and the economics will follow the hype. We need to use that hype to our advantage to get to the real issues. Investors will respond if they see profit at the end of the process.

Daszak is closely associated with Dr. Fauci and implicated in the Corona virus ‘gain of function’ allegations Rand Paul has made against Fauci. Daszak is president of the non-profit EcoHealth Alliance, an international network of scientists that samples viruses from animals and people in emerging-diseases hot spots, supposedly focusing on pandemic prevention. However, Daszak’s EcoHealth Alliance has also “partly funded deeply controversial ‘gain of function’ experiments, where dangerous viruses are made more infectious to study their effect on human cells.” An article by Sam Husseini, Peter Daszak’s EcoHealth Alliance Has Hidden Almost $40 Million In Pentagon Funding And Militarized Pandemic Science, gives more details about shady dealings behind the scenes.

How did we arrive at this point?

None of this has come about ‘out of the blue’, for there is a long, dark history to today’s disturbing events, largely ignored because nobody in their right mind could conceive of the psychopathic thinking that has been tunneling underground since the ‘Reign of Terror’ in France in the 1790s when the system of depopulation was set in motion to reduce France’s population by millions. [1]

Although this culling failed to achieve the desired results, the idea of depopulation came up for air again in 1901, when H.G. Wells published Anticipations of the Reaction of Mechanical and Scientific Progress upon Human Life and Thought, which introduced the idea of a “world state with one language and one government.” George H.W. Bush called this the New World Order “where diverse nations are drawn together in common cause to achieve the universal aspirations of mankind: peace and security, freedom, and the rule of law…” Sounds like a utopian dream, doesn’t it? But do you remember him saying, “watch my lips” about no new taxes?

…will hold, I anticipate, that a certain portion of the population – the small minority, for example, afflicted with indisputably transmissible diseases, with transmissible mental disorders, with such hideous incurable habits of mind as the craving for intoxication – exists only on sufferance, out of pity and patience, and on the understanding that they do not propagate; and I do not foresee any reason to suppose that they will hesitate to kill when that sufferance is abused…

(H.G. Wells, Anticipations of the Reaction of Mechanical and Scientific Progress Upon Human Life and Thought, London, 1901, pp. 299-300)

That should scare everyone – especially in light of the worsening opioid epidemic that currently afflicts America, courtesy of Big Pharma, that tells us there is very likely a hidden agenda operating behind the scenes. For example see…

‘A glorified drug cartel whose dealers wore lab coats, suits and ties’: how Big Pharma made Americans addicted to opioids

A new HBO documentary called ‘The Crime of the Century’ lays bare how firms like Purdue used bribery, dodgy marketing, and shady political deals to make fortunes by getting millions hooked on super-strong painkillers.

What would it look like if an illegal international drug cartel were allowed to advertise? Perhaps it might take the form of slick music videos and glossy magazine ads promising an ‘end to pain’. Certainly, they would minimise the negative effects of their drugs on your life, your future, and your loved ones. If questioned about what they were doing, we can imagine them blaming those who use their drugs, not themselves for providing them.

Johnson & Johnson settles opioid case in New York, will pay up to $230 million and stop selling deadly drugs in US

“Johnson & Johnson will pay up to $230 million for its role in fueling the opioid crisis that has devastated communities across New York,” the state’s attorney general, Letitia James, announced on Saturday. The settlement excludes the drugmaker from an upcoming lawsuit charging multiple opioid manufacturers and distributors with deceptively marketing these addictive painkillers and downplaying the threat of addiction.

It should be noted that at the beginning of the First World War, the British Government enlisted H.G. Wells and other writers to “publish texts attributing imaginary crimes to the German enemy.” [3] In other words, to engage in creating propaganda.

In 2015 Bill Gates was so concerned about the world’s escalating population, he claimed that “if we do a really great job on new vaccines, health care, reproductive health services, we could lower that by ten or fifteen percent.” The rest of what he said in the video below should give us serious cause for alarm.

Considering this in the light of the current ‘pandemic’, Professor Sucharit Bhakdi, M.D. explains in the following video what takes place in the bloodstream after taking these experimental gene-based injections. He emphasizes the potential danger of causing blood clots and cerebral vein thrombosis, and “why in the long term we may be creating dangerously overactive immune systems in billions of unwitting subjects.”

[3] Thierry Meyssan, 18 May, 2016, The Techniques of Modern Military Propaganda.

Dr. Astrid Stückelberger, a Swiss public health expert, has been conducting and evaluating scientific research for policy-makers such as the WHO and the EU for 25 years. She is our hero for exposing serious corruption at several international organizations, including the WHO and GAVI.

In this video from Planet Lockdown, Dr. Stückelberger discusses the WHO’s communication strategy, relationship with the media, conflicts of interest, their role in managing the “pandemic” and their lack of ethics. Dr. Stückelberger is particularly concerned about the manipulation of health care to create dictatorship, violations of the Nuremberg Code, as well as threats to our health and well-being coming from COVID testing and “vaccines”, and a variety of new technologies. All this has been funded by generous donations from many countries. It’s time to take that money back!

Analysis of What is Inside a mRNA ‘Vaccine’ Vial

The Truth About Vaccines 2020: Round Table With The Experts

Thought For The Week 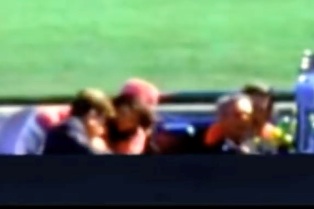 How Eisenhower’s “legacy of ashes” led to a fake JFK assassination plot as a pretext to invade Cuba, alongside another plot to kill Castro with a cancer causing bio-weapon that could be used to kill others today.

The Monstrous Laws President George H.W. Bush signed Into Being

When a Resolution is passed by “unanimous consent” in the U.S. Congress, a subterfuge is at play. Such was the case when the Seven Noahide Laws became Public Law 102-14 in 1991, making it legal for the government to kill Christians. 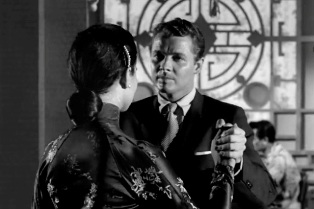 The Quiet America and the Silencing of Dissent

Hate and love of power could be dealt with were it not for the license they receive from the inertia of millions. The most dangerous of all humans are the gray mice: it is their silence that kills. – Jim Garrison 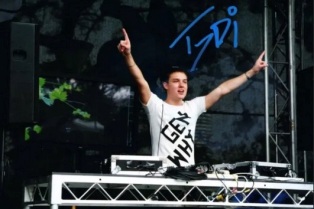 In this essay by Tyson Illingworth, an award winning international DJ, composer, and songwriter, he highlights the ongoing suffering caused by vaccine injury, the difficulty claiming compensation, and the coming changes in the doctor/patient relationship that will ultimately have a deleterious affect on us all. 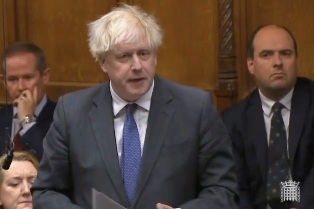 A Freudian Slip? Boris Johnson Thanks Putin for ‘Inspirational Leadership’

Boris Johnson meant to say Volodymyr Zelensky. But unfortunately Zelensky is neither ‘inspirational’ nor a ‘leader’ for his strings are pulled by an oligarch, Igor Kolomoisky, a self-proclaimed “monster.” 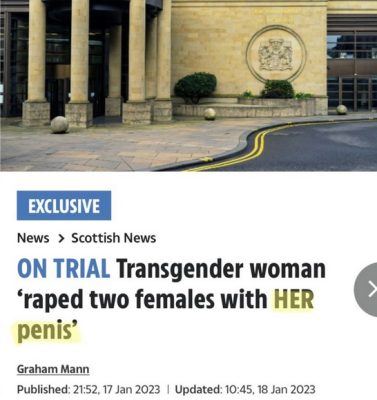 When you believe your beliefs… 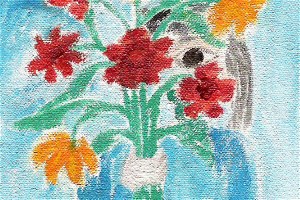 High ACE scores can impact adult health as risk factors for the leading mental and physical health problems that currently afflict western societies. ACEs, or Adverse Childhood Experiences are the “gravest and most costly public health issue in the United States.” They “turn gold into lead,” said Dr Vincent Felitti, an author of the ACE Study. 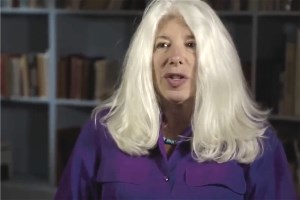 UN Agenda 21 is supposedly a plan to better manage our use of the earth’s resources in a sustainable way. However, Rosa Koire, an expert in land use and valuation, discovered the agenda’s sinister underlying plan of total control over every aspect of people’s lives around the world when she delved beneath the restrictions on land use in California. 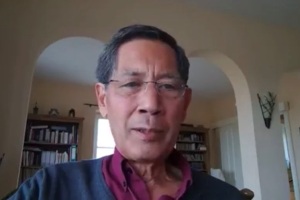 Dr. Sucharit Bhakdi, microbiologist, issues a dire warning about the dangers of the experimental mRNA Covid shots because of serious ‘vaccine’-related injuries, disabilities, and deaths. 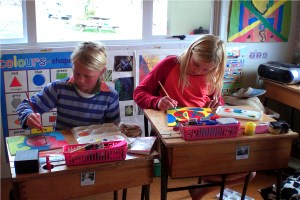 A powerful poem about school that had a lasting impact on the way I viewed children, teaching, and the teacher I would become.

Dr. Zev Zelenko: “Zinc Is The Bullet — It Kills The Virus.”

“Zinc is the bullet – it kills the virus,” says Dr. Zev Zelenko. However the ‘bullet’ cannot get to its target without a gun, or a delivery system, he explains. 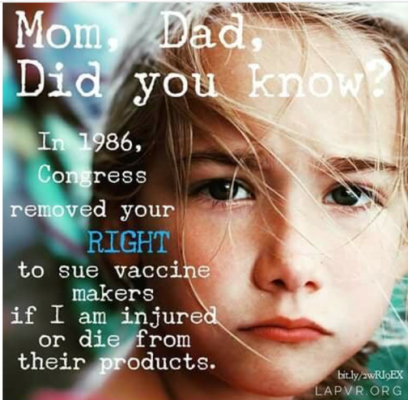 Who is Vladimir Putin? Why Does the US Government Hate Him? 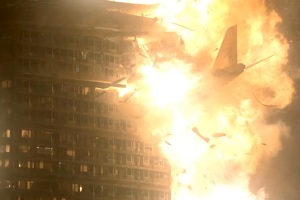 Planting the Seed for 9/11 in the American Mind 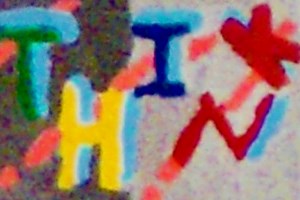 The Dumbing Down of America By Design 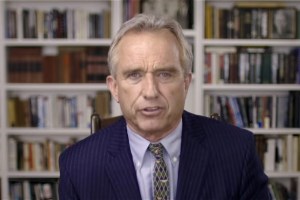 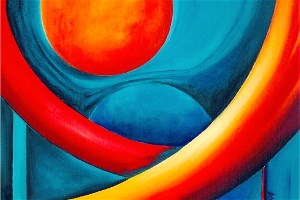